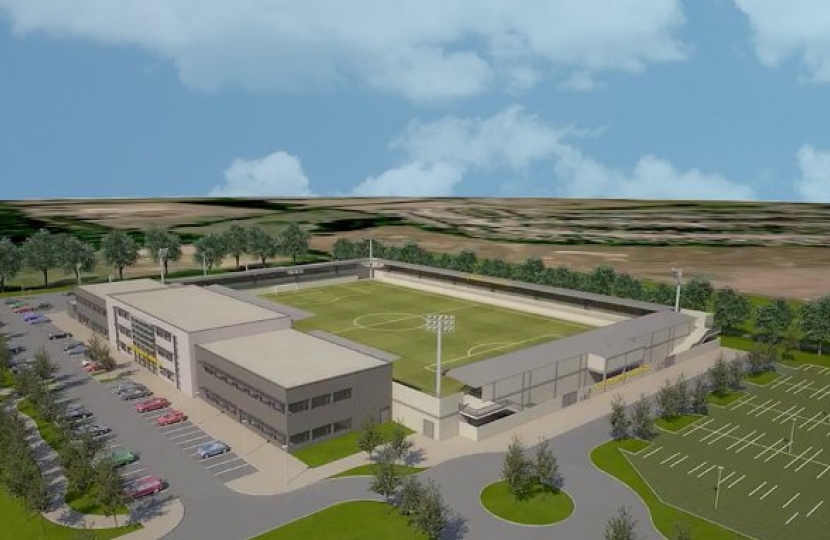 Last week I wrote to Jim Kehoe, the Chief Planning Officer at Bromley Council, in support of Cray Wanderers FC’s (CWFC) application to build a football stadium at Flamingo Park, just off of the Sidcup bypass.

Despite being one of the oldest football clubs in the world, CWFC has been without a permanent home of its own for many years, sharing facilities with Bromley FC in Hayes Lane. The proposals it has put forward to Bromley Council would see a 1,300 capacity stadium built on the currently underused site, as well as a bar, changing rooms, classrooms, gym and museum. To help fund this scheme, 28 two bedroom flats, in two 4 storey blocks, would also be built.

I would encourage you to look through the plans, and comment on the application, through the link below:

I have kept abreast of the proposals for some time, and having carefully read through its application and all of the attached planning documents, am confident that CWFC would significantly benefit the site. Their plans to build two new community sports pitches, and relocate 3 existing football pitches, would allow them to continue the fantastic work they already carry out in the community, expanding their outreach programme which includes managing 12 youth teams and coaching in 19 local schools.

With the right support, I believe CWFC could achieve something similar to what Kent Cricket have successfully overseen at Copers Cope Road, which is built on a site with similar planning constraints to that of Flamingo Park. CWFC’s application would give the Park a new lease of life, will provide greater opportunities for involvement in sport in the community, and will, I hope, be approved by Bromley Council when it goes before Committee on 19 April.

You can read my submission in full through the attached document below.