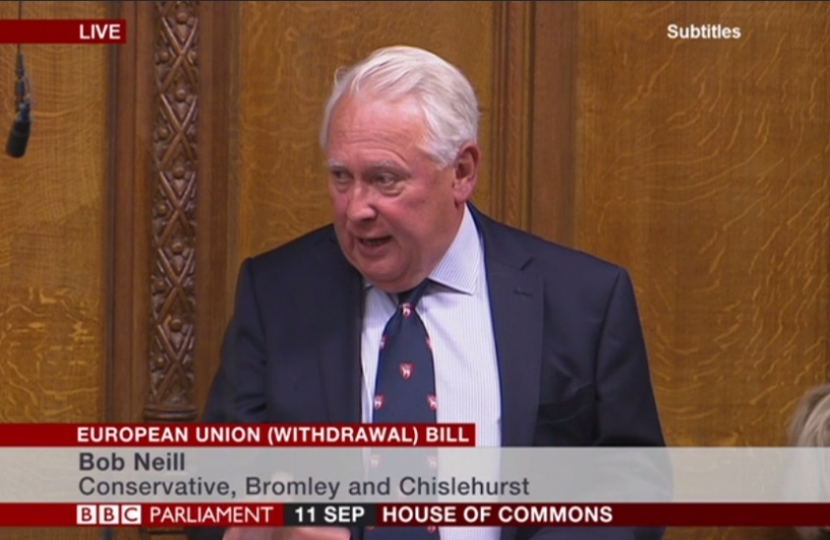 While I have made no secret of the fact that I would rather we were not leaving the European Union, as a democrat I respect the result of the Referendum and believe it is now important that we depart in an orderly fashion. That requires us to have legal certainty and continuity, and the underlying objective of the EU (Withdrawal) Bill to incorporate the acquis communautaire - or, in other words, the accumulated legislation of the EU – into UK domestic law is sensible. Therefore, for the simple reason that legislation like this is necessary, I supported the Bill at its Second Reading on 11 September.

However, I have been very clear that this should not mean giving Ministers a blank legislative cheque, and as I stressed during the Bill’s Second Reading debate, I will want to see it improved considerably in Committee if it is to have my support at later stages. To that end, I have already added my name, with a number of Conservative colleagues, to around twenty amendments to the Bill. The aim of these is to make the legislation legally and constitutionally watertight, with rigorous safeguards in place to protect Parliament’s sovereignty. These have been drafted in a genuinely constructive manner in the hope of improving legislation rather than wrecking it. They do not impede the Prime Minister’s negotiating hand, nor do they seek to undermine the Department for Exiting the European Union’s broader aims.

It has now been announced that the Bill will be returning to the Commons on Tuesday 14 and Wednesday 15 November, and I am hopeful that the Government will work constructively with my colleagues and I to make the necessary changes to the Bill to ensure it is fit for purpose.

I set out my thoughts further in an article I wrote for Politics Home last month: