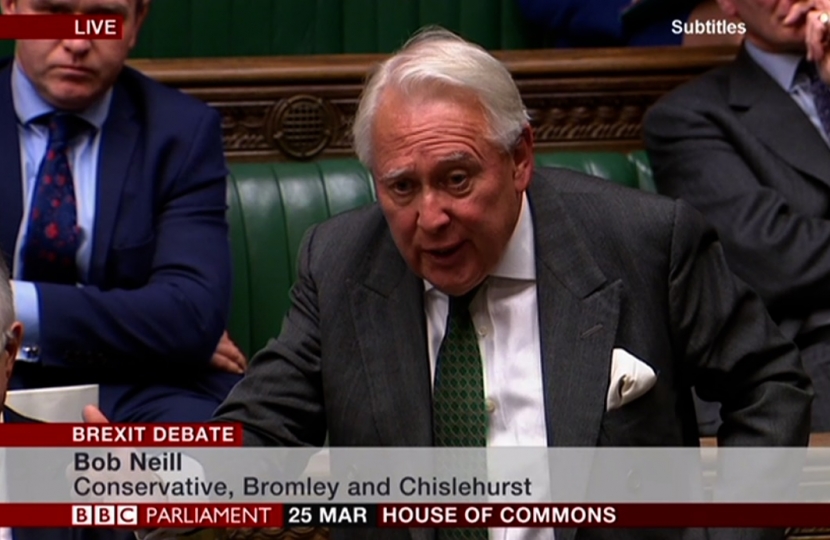 This is the thirteenth Brexit update I have posted on my website since the Referendum took place. The position I have set out in each remains unchanged - whilst I campaigned and voted to remain in 2016, and still believe Brexit to be a mistake, as a democrat, I respect the result, however much I may regret it. That is why I voted to trigger Article 50 in 2017, have voted for every other piece of legislation that enables Brexit to take place, and have supported the Prime Minister on both of the occasions she has brought her deal before the Commons on 15 January and 12 March respectively.

As I made clear during yesterday’s debate, I would willingly vote for that deal again. Although imperfect, I believe it is the best way to deliver Brexit without damaging and dividing the country further. Ultimately, MPs of all parties and views on Brexit must be prepared to compromise if we are to find a way of leaving the EU that commands a majority in Parliament. Compromise is a sign of mature politics, and it is something I have sought to do throughout this process.

What I cannot countenance is a no-deal Brexit, which based on all the evidence would do very significant damage to our economy, jobs and public services, and for which there is no democratic mandate. No one in the referendum voted to make themselves poorer, nor did they choose to diminish their rights, damage our nation’s international standing, or make Britain a less safe place to live and work. The referendum did not, and by its nature could not, decide how we depart, on what terms, or what form our future relationship with the EU27 should take. That is why Parliament must be an active participant in this process, a case I have consistently made over the last two years, as my voting record will demonstrate.

If MPs will not support the Prime Minister’s deal to leave, which I had hoped they would, then only two options remain: depart without a deal on WTO terms and face the inevitable damage that would entail, or find an alternative, which could consist of one of a number of possibilities. Given the impasse we have found ourselves in, and with the clock ticking, Parliament must now have the opportunity to debate in full those alternatives.

The Government had indicated that it would provide time for parliamentarians to consider other options, but having separately pressed both the Prime Minister and the Chancellor of the Duchy of Lancaster, David Lidington, on this yesterday, no clarity was given, including on a timetable for debate. This issue is too important and pressing to allow it to slide on any longer, and businesses need certainty. Progress must be made, which is why, in light of the lack of assurance given, I decided to reluctantly vote against the Government last night, supporting what has been dubbed the Letwin Amendment.

Having ruled out what it doesn’t want, the Prime Minister has said that Parliament must make a decision on what it does want. The Letwin Amendment allows us to do just that, conducting a series of indicative votes tomorrow so that we can ascertain what exactly commands a majority in the Commons, helping to inform the Government’s position over the coming weeks.

The amendment does not set a dangerous constitutional precedent, as some have argued, but simply gives backbench MPs an opportunity to put forward and debate their own suggestions. Nor is it a coup by remain MPs intent on thwarting Brexit, as others have mistakenly argued. I hope that a range of options will be considered - including ones I don’t support - so that we can have a genuine and constructive debate on what is needed to get a deal over the line.

Giving Parliament an opportunity to scrutinise the options available to us provides a measured, pragmatic way forward, and one I hope will break the current paralysis, allowing us to shortlist the different, deliverable ways to achieve a clean and orderly Brexit. My duty to both my constituents and the country remains at the forefront of my mind, and will continue to influence my votes over the coming days.