The leadership of the Conservative Party 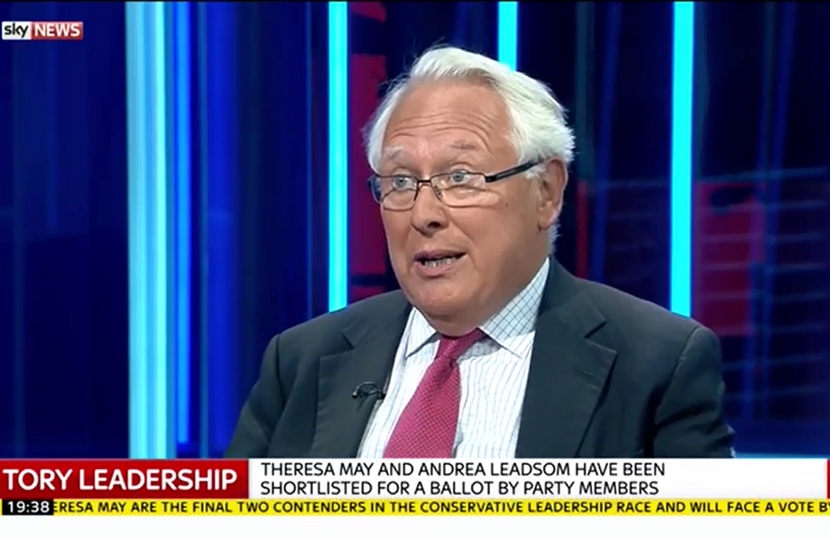 With Michael Gove, who I supported, having now been eliminated from the leadership contest, I will be giving my full support to Theresa May. Michael had a lot to offer, and I am sure that he will continue to play a big role in the service of the Conservative Party and our country.

It is important to remember that this isn’t just a contest to elect the next leader of the Conservatives, because in doing so, we are also automatically choosing the next Prime Minister. That is a heavy responsibility on everyone who will be voting.

The person that is chosen must able to hit the ground running. This is too serious a role, and too serious a time, to be learning on the job. I believe the country requires someone who has already held one of the great Offices of State, or, as with David Cameron, has gained experience as Leader of the Opposition and won an electoral mandate in their own right. Only Theresa fits that criteria.

While Andrea Leadsom has real abilities and will certainly play a prominent role in the next Government, she simply lacks the requisite experience. Her time may come, but I believe now is a leap too far.

Theresa has been in a top cabinet post for six years, and she knows how government works inside out. I have worked with her before and I have always been impressed by how tenacious she is. She has the overwhelming support of the Parliamentary Party, and importantly has the backing of many prominent Leave campaigners, such as Liam Fox, Priti Patel and David Davis, as well as those, like myself, who wished to remain.

Like me, she has made clear that she accepts the outcome of the Referendum and will deliver it. Most importantly, she has the toughness and the skill to achieve that in the best possible way for our country. She has the status to stand up to Jean Claude Juncker and Angela Merkel and to deal with the likes of Vladimir Putin and whoever the next President of the United States will be. And, in a dangerous world, her experience of national security and counter terrorism is unparalleled. That is why I have no hesitation in giving Theresa my full support, and I will be campaigning for her over the coming weeks.