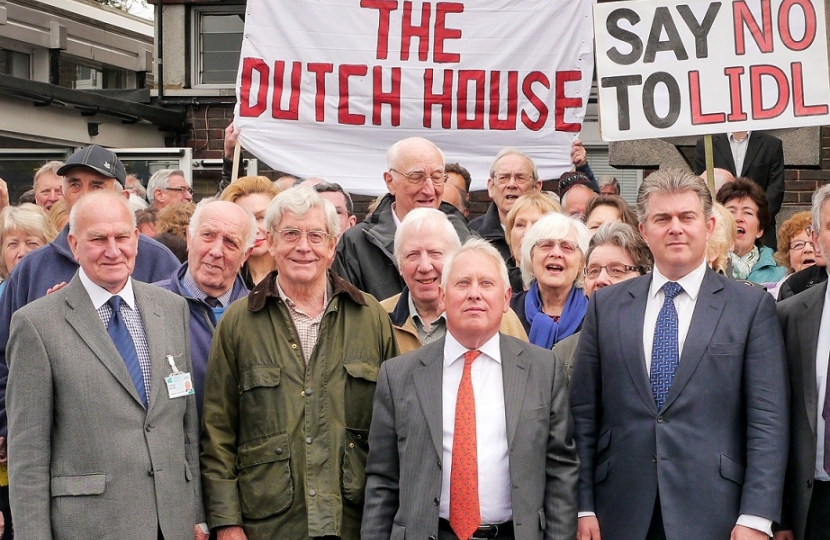 Following the Planning Inspectorate’s decision in December 2014 to turn down Lidl’s planning appeal – through which they wished to demolish the historic Porcupine Pub to make way for a large store - the site has frustratingly remained unoccupied.

Throughout the campaign to save the Porcupine, I worked alongside the local councillors, David Cartwright and Charles Rideout, as well as Liz Keable and the Mottingham Residents’ Association (MRA), to register the Pub as an Asset of Community Value (ACV) and to ensure Lidl’s application was refused. Thankfully, Lidl have now officially lodged an Owners Intention to Sell with Bromley Council, which because the Pub has ACV status, triggers an interim period in which the local community can register its desire to be treated as a potential bidder for the site.

One of the most concerning aspects of Lidl’s appeal was the oversight and disregard they gave to the wishes of local residents, demonstrating a complete lack of understanding of how integral the site is to the community. The strength of opposition to the proposals laid out was made abundantly clear throughout, but none more so than by the overwhelming turnout of residents at the appeal, something I saw for myself when I gave evidence at the Civic Centre.

As is set out in my formal letter of objection and my proof of evidence to the Inspector, the pub had intentionally and cynically been run down by Enterprise Inns to justify asset sell-off, and there is no reason a well-managed and profitable public house could not be set up again on the site. This is now the local community’s chance to rally behind the Pub, bid for the site, and reinstate the Porcupine.

I am aware that the Bromley CAMRA Group are already working on plans for this, and are looking for people to help them raise the necessary finance. If you would like to help, further details can be found through the link below:

I will also continue to work with the local councillors and the MRA to do everything I can to achieve the return of the Pub we have fought for for so long. I will, of course, post any updates as and when I can.