Moped crime in Bromley and Chislehurst 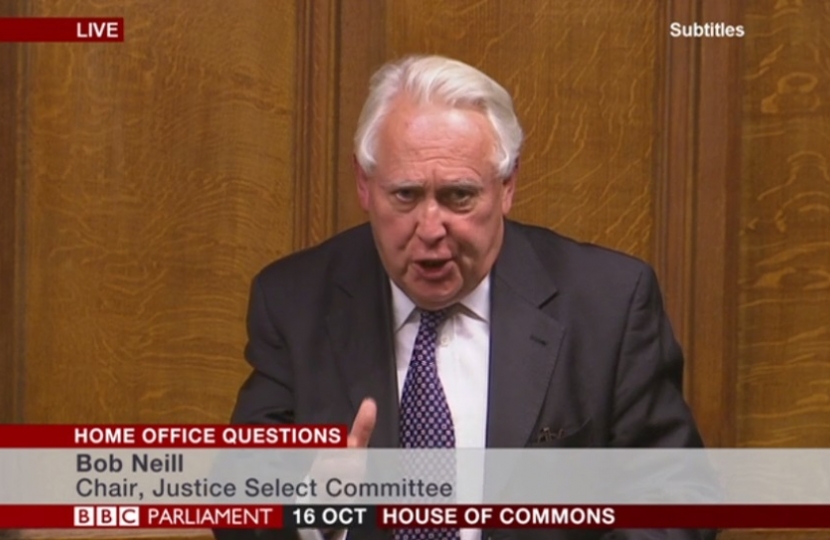 A number of residents have recently contacted me about an increase in antisocial behaviour being committed by people riding mopeds and motorbikes, which in some instances has led to cases of more serious crime. This problem unfortunately affects our whole community to some degree, but I am very much aware that it is becoming a real issue in parts of Bromley and Bickley, around the Edgebury area of Chislehurst, as well as in Mottingham and the Crays.

This is something I discussed at length during the course of my most recent meeting with the Bromley Borough Commander, Chief Superintendent Chris Hafford. While local officers have stepped up their efforts to tackle this problem, I know there is a growing frustration within the Met itself that local forces aren’t always able to take the action they would like to as a result of the current rules governing police pursuits. This is a general point I raised with the Policing Minister, Nick Hurd, in the summer, urging him to reassess the viability of the existing guidance issued by bodies like the College of Policing. I have attached a copy of our correspondence at the bottom of this page.

Of course, there is a fine balance to be struck between catching the perpetrators of crime and ensuring the safety of passers-by, but all the while people continue to be affected by this irresponsible, dangerous behaviour – particularly school children and the elderly and vulnerable – I remain unconvinced that we are getting that balance right. That is why I raised this matter directly with the Home Secretary, Amber Rudd, in the Commons last week.

I have copied the transcript of our exchange below, and a link to a video of my question follows underneath.

What steps she is taking to reduce motorcycle and moped crime?

We recently brought together motorcycle insurance industry leaders, law enforcement partners, the Local Government Association, charities and representatives from the motorcycle-riding community to have a full and open discussion about the issue. All parties agreed to work together to devise a comprehensive action plan to tackle this type of crime. As a first step, we have announced a review of the law, guidance and practice surrounding police pursuits and response driving.

In the course of the Home Secretary’s welcome review, will she undertake to get the message out that pretty cynical and street-hardened young people, such as some in my constituency, are taking off their helmets when the police appear on the scene because they believe that the police will not chase them under the current guidelines? The guidelines are utterly out of ​touch with reality and frustrate police officers who are trying to do their job. Will the review look at that specific issue?

I thank my hon. Friend for raising that point in his particularly distinct way. He is absolutely right—he has put his finger on it—that the police do have a concern and we are having the review to address that concern. I hope that I will be able to come back to him with some progress soon.

I am pleased to see that the Home Office has announced this much needed review, which demonstrates a welcome change in thinking in the short time since I wrote to the Policing Minister. Although it is true that direct responsibility for the police falls to the Mayor of London and the respective local chief officers, it is vital that we do everything we can in Parliament to ensure the corresponding legislation remains fit for purpose and gives police forces the tools they need to get the job done.

I have since discussed this matter again in a meeting with the Home Secretary, highlighting the specific concerns that have been raised with me. Over the coming weeks I will be monitoring the progress of the review closely, but please do contact me if you witness or experience this type of crime yourself – it will help us build a better picture of where and when this problem is occurring, and hopefully, clamp down on those causing it.