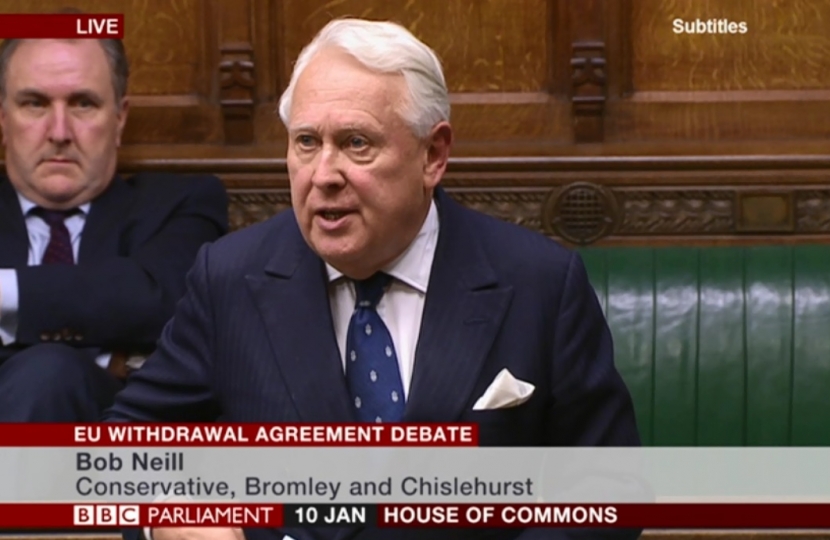 Quite understandably, many local residents continue to contact me regarding Brexit, and I am acutely aware that, whatever their point of view, people have deep and genuine concerns about the decisions we in Parliament will be taking over the coming weeks. That is why I believe it is important for me, as your MP, to set out frankly my views on where we stand and the way forward.

It is no secret that I campaigned and voted to remain in the referendum, nor have I sought to hide the fact that I believe Brexit to be a mistake. I remain deeply disappointed by the outcome of that vote, and whilst I understand that many people are angry about a number of the claims that were made during the course of the campaign, we cannot simply erase this chapter from our history. It is certainly not the direction I had hoped our country would take, but as a democrat, I respect the result, which is why I voted to trigger Article 50 in 2017.

Given its narrow margin, I do not, however, accept that the vote to leave was a mandate for a ‘hard’ Brexit, nor do I believe people were voting to make themselves poorer, to diminish their rights, damage our nation’s international standing, or to make Britain a less safe place to live and work. Equally, it is clear that the binary question set out on the ballot paper – simply put, do we leave or remain – could not, and did not, decide how we depart, on what terms, or what form our future relationship with the EU27 should take.

We have a parliamentary democracy, and it is for Parliament to use its collective judgement to cut through the complexities that have arisen, finding a way forward on these difficult issues that is in Britain’s best interests. If that phrase ‘taking back control’ is to mean anything, power must return to our sovereign Parliament. That is why I have consistently pressed for MPs to have a meaningful vote on this final withdrawal agreement, reluctantly voting against my Party on those occasions when I thought it necessary to achieve this. An MP is, after all, a representative, not a delegate, and I will continue to vote, according to the great constitutionalist Edmund Burke’s classic definition - with my constituents’ views and opinions always in mind, but ultimately based on my own judgement and experience.

I have studied the agreement negotiated by the Prime Minister with great care, and have come to the conclusion that, on balance, it provides a pragmatic way forward. For those who voted to leave, this is a deal that ends the free movement of people, significantly cuts Britain’s £10 billion annual contribution to the EU, and ‘takes back control’ of our laws, as well as the policies that govern our fishing and agricultural industries.

It also enables us to depart the EU in an orderly fashion whilst maintaining the integrity of the UK, and crucially, by providing a transition period, avoids the sort of cliff-edge Brexit a ‘no deal’ would entail. During that implementation period, we’d be able to negotiate our future trading relationship with our EU neighbours, as well as negotiate new trade deals around the world.

Some 36% of Bromley and Chislehurst’s working age population are employed in the financial and professional services sector, who have described this transition period as ‘vital.’ These sectors would be amongst those worst hit if we were to crash out of the EU without a deal on World Trade Organisation terms, a route that would do nothing for the services sector. It is an outcome that would do great damage to our economy, and the jobs and prosperity of local people would be put at risk.

On that basis alone, I could not, in good conscience, vote against the withdrawal agreement that has been reached. It is also why it continues to be backed by organisations like the City of London Corporation, City UK, and the CBI, who I have been working with closely. These people know what they are talking about.

Just as important, no other workable deal has been brought to the table. The only sure way to avoid a no deal exit on the 29 March is to agree a deal.

Despite her best efforts, the withdrawal agreement negotiated by the Prime Minister was rejected by the House of Commons on 15 January. It is clear that the principle reason for this was the concern that the Northern Irish ‘backstop’ would tie us permanently into a customs union, rather than this merely being a transitional arrangement. I do not accept that this would in fact be the case, but the reality is that to find a workable majority in the House, and with the clock ticking down, this concern needs to be addressed.

Tonight the Prime Minister has sought the authority of Parliament to go back to Brussels to seek to revise these provisions. She has promised to return to Parliament by 13 February at the latest. MPs will then have their say once more, as well as an opportunity to table legally binding amendments (which Dame Caroline Spelman’s was not).

Getting a sensible deal is so important, both to the UK and the EU27, that I have voted tonight to give her that final chance. I will do all I can to help her succeed. But if push comes to shove, a no deal Brexit is not something I can countenance.

I did not support the amendments tonight that sought to rule this path out because, as much as I want the same outcome, I believe them to be premature. Like it or not, the risk of a no deal remains a useful lever in our negotiations with the EU, who would also be greatly damaged by it. Ultimately, to avoid that outcome, MPs of all Parties and views on Brexit must be prepared to compromise. Compromise is not a dirty word. It is a sign of mature politics.

Whilst it is impossible to please everyone, whatever stance I take, on this, as with all my responsibilities as your MP, I have sought to act with an independent mind to put the interests of Bromley and Chislehurst, and the country, above party loyalties and personal allegiances, something my voting record will stand testament to. Please be assured that I will continue to do so over the difficult months that lie ahead.