The triggering of Article 50 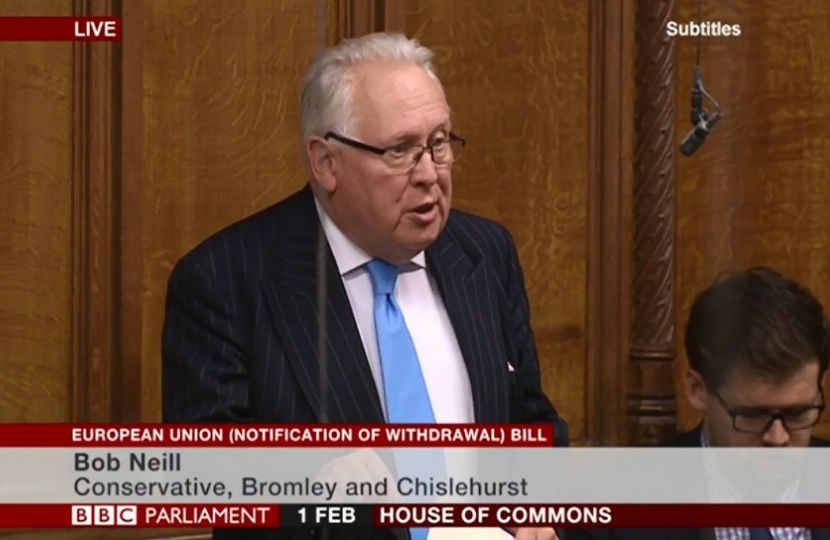 Throughout my political career I have been a strong supporter of Britain remaining in the EU. One of the first votes I cast in my early twenties was for us to join the EEC in 1975; I campaigned assiduously last year for us to stay in the EU; and I continue to feel bitterly disappointed that we lost that vote on 23 June.

However, as a democrat, I respect the outcome of the Referendum. In 2015 I stood in the General Election on a platform that promised the British electorate a choice on this issue through an ‘in-out’ vote, and I made a commitment to respect the result. Even though the outcome is not one that I personally wanted, honour and decency dictates that I vote to trigger Article 50, which I did on Wednesday night.

Whatever your views of the EU, the Referendum exposed a feeling of alienation and distance. It has become clear that many people voted the way they did to express their genuine concern on issues such as immigration, the political and ideological direction of the EU, as well as on broader questions of sovereignty and subsidiarity. While these may not be concerns shared to the same extent by those of us who campaigned and voted to remain, they must be respected as legitimate concerns nonetheless. To dismiss them in their entirety, or to suggest that those who voted for Brexit did not understand what they were voting for, is frankly demeaning and undermines our democracy. Ultimately, not acting on what a majority of the country voted for would further disenfranchise voters and risks damaging the trust between politicians and the electorate, which is strained enough as it is.

That being said, the vote was to leave the EU, not to make ourselves poorer. I have and will continue to press for the best possible safeguards, and opportunities, for our key economic interests, particularly the financial and professional services sector, which is by far the largest source of employment and wealth in our constituency, and our greatest national economic asset. I will also be pushing the Government to prioritise the rights of EU citizens living in Britain, who make a wonderful contribution to our country and I appreciate have been living through unacceptable uncertainty following the vote; that we remain signatories of the European Convention on Human Rights (ECHR); and that the interests of London, Gibraltar (which is equally vulnerable if we lose all single market protection), and our Crown Dependencies are not forgotten during the negotiations.

I agree with the judgement the Supreme Court made last week, and with a number of colleagues have been pressing for the maximum possible scrutiny of the Government’s plans as it seeks a new relationship outside the EU. As I made clear in my speech on Wednesday afternoon, Parliament must have proper involvement in this process. That means providing as much information as possible throughout the negotiations, as well as committing to a meaningful vote on the final deal, crucially before it is put to our EU counterparts for ratification. This will give MPs the chance to assess whether the deal is in Britain’s best interests, and if it is not, vote against it. Otherwise, our Parliament could have less say on the final deal than the European Parliament, which has a vote on ratification.

While I appreciate that the Referendum naturally raises strong and genuinely held opinions on both sides of the debate, I believe it is important, especially during this time of change and uncertainty, that we discuss both the challenges and opportunities Brexit poses in a frank but calm manner, avoiding hyperbole and misinformation wherever possible. In that spirit, I feel I should clarify a few points.

It cannot be said with any certainty that Bromley and Chislehurst ‘voted to remain’, as some have suggested. The London Borough of Bromley as a whole narrowly voted to stay in the EU, but the vote was not broken down by individual parliamentary constituencies (Bromley has three and includes part of a fourth) so it is, in reality, pure speculation as to how any one of them voted. Given the incredibly small margin in Bromley – in which 50.65% of the electorate voted to remain – it is a red herring to conclude one way or the other which way the constituency voted.

It is also important to stress that while the Referendum was advisory and non-binding, so are the overwhelming majority of referenda. That is because Parliament is ultimately sovereign. There have been plenty of precedents for referenda in the UK on constitutional issues, very few of which have had a threshold for the turnout or have stipulated that a winning majority was required, any more so than at a general election. I do not then believe these to be credible reasons to disregard the result.

In any event, a Member of Parliament is a representative and not a mandated delegate. We all owe our constituents the duty to apply our own honest judgement to the issues before us, to paraphrase Edmund Burke's famous dictum. That is what I have endeavoured to do in this case, as I have in my work chairing the Justice Select Committee and in my opposition to the Government's policies on Heathrow expansion and the Southeastern Rail franchise.

I welcome the publication of a White Paper yesterday, and will continue to work with Ministers, the Mayor of London and other stakeholders as we progress through this process. I have already set out my views in detail in a series of speeches I have made in the Commons, all of which can be found through the following link:

You can also watch my speech in Wednesday’s debate here: