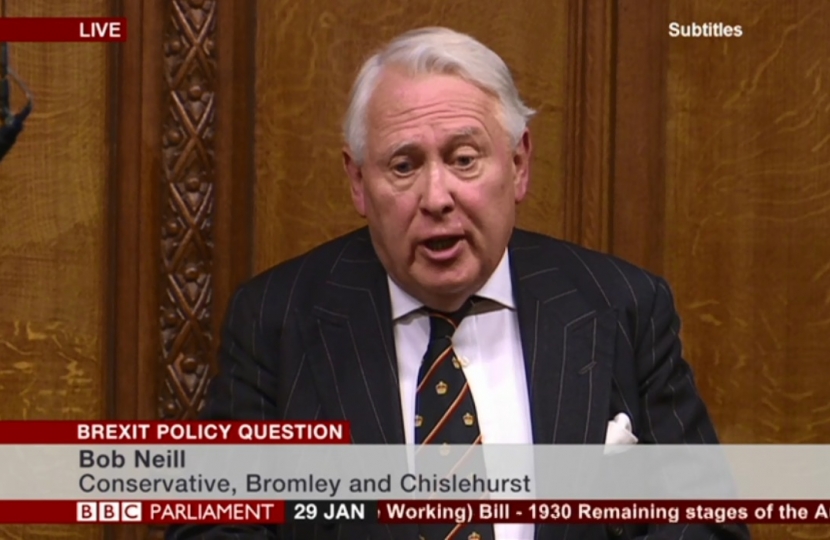 Having successfully passed through the Commons on 17 January, the EU (Withdrawal) Bill – the legislative mechanism that will allow us to incorporate EU law into UK domestic legislation – will begin being debated in the House of Lords today.

In total, the House of Commons spent more than 80 hours carefully scrutinising the Bill, during which time more than 500 amendments and new clauses were debated. While some people, including elements of the press, have mistaken that as an affront to democracy – an attempt by MPs to undermine or overturn the result of the Referendum – I believe it has shown Parliament at its very best. Democratically elected representatives doing their job, representing their constituents’ concerns, and line by line examining the detail of the legislation to ensure it is fit for purpose, not only from a legal and constitutional standpoint, but also in giving Britain the best possible start once we leave the EU. Ultimately, we live in a Parliamentary democracy, and that is precisely what MPs are elected to do – scrutinise, amend and improve legislation.

Although there have been impassioned, and at times, heated, exchanges, inside Parliament and outside, I am pleased that throughout this process my colleagues on the frontbench have recognised that the amendments my colleagues and I tabled were drafted in a genuinely constructive manner to strengthen Britain’s position, not to undermine it. Indeed, it is worth quoting at some length David Davis’ closing remarks during the Bill’s Third Reading on 17 January:

We are committed to achieving legislative consent for this vital piece of legislation. We are sending an improved piece of legislation onwards to the other place and I hope that that House will acknowledge the substance ​and spirit of the debate and scrutiny this Bill has received thus far and that debate there will unfold in the same constructive way in which it has in our House.

The scrutiny of this vital legislation remains one of the most important tasks that we parliamentarians have had before us for some time. I believe that this House has risen to the occasion by ensuring that the Bill continues its journey throughout Parliament in a much improved form. I commend it to the House, and I believe that this is an historic occasion.”

I have been very clear that I respect the result of the Referendum and that I want to now see us depart in an orderly fashion to help ensure legal continuity and business confidence. That is why I have supported the two pieces of legislation that facilitate our leaving of the EU, and why I continue to believe the Prime Minister is absolutely right in seeking the pragmatic deal and important transitional arrangements which she set out in her Florence speech.

We are currently considering the most significant set of decisions this country has had to take since the Second World War, and it is imperative we get the detail right. We will be leaving the EU on 29 March 2019 – that has been decided. What has not is how we leave, on what terms, and what form our future relationship with the EU27 should take. That is where Parliament has a very active and central role to play.

Getting these questions wrong is the biggest risk we face, above and beyond anything that has happened during the course of this Bill over recent weeks. For my own part, I will continue to push for a business friendly Brexit, that prioritises the economy and the jobs this Government has helped to create (including the thousands based in the financial and professional services sector which employs 36% of Bromley and Chislehurst’s working age population), rather than a rushed through exit concerned solely with narrow ideological considerations.