Update on our local rail service 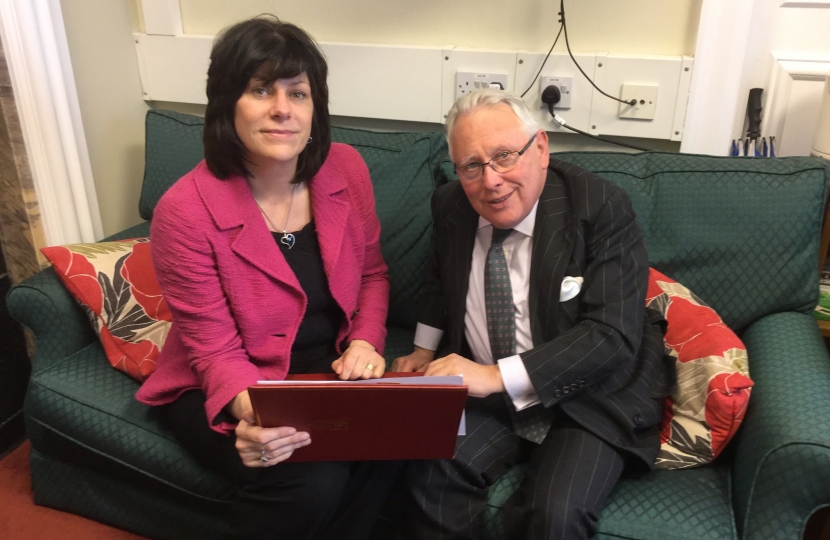 Since my debate on Southeastern rail in January, I have attended a series of meetings with the senior management of Southeastern, officials at Transport for London (TfL) and the Department for Transport (DfT), and Claire Perry, the Rail Minister.

When I last met with David Statham, the Managing Director of Southeastern, on 16 March, I was keen to pick-up on the everyday problems of reliability, overcrowding and communication we all experience on the network, discussing a number of other important issues at the same time. I pushed for direct action to resolve these, and set out below the steps that will be taken over the coming months:

As frustrating as it is, some disturbance is inevitable due to the vital works at London Bridge station. What is not acceptable, however, is the daily deterioration in performance. As it stands, the 8 miles of track from central London to suburban south London are responsible for 42% of delays. Over the next 12-18 months Network Rail will be renewing all of the track and signalling equipment from Cannon Street and Charing Cross, via London Bridge, over this 8 mile stretch, including replacing over 1,000 track circuits. A detailed performance plan, overseen by the Southeastern Quadrant and the Rail Minister, will monitor progress on this.

Southeastern have also made a number of strategic improvements, including:

I wrote to Claire Perry about this problem in November, urging that steps be taken to increase capacity on Southeastern lines, with Southeastern submitting a formal proposal to the DfT on 16 March. Neither Southeastern nor the DfT could disclose the full details of this to me as it is part of an open tendering process, but the Rail Minister is aware of how severe this problem is on the South East London rail corridor, and when I met with her the following day (pictured above), offered a firm assurance that a decision would be made in the very near future.

One of the reoccurring complaints many local rail users raise with me is the lack of communication on trains and at stations when something goes wrong, a problem also highlighted in Transport Focus’ recent passenger satisfaction survey. To rectify this, Southeastern have put over 1,500 members of staff through communication training, installed improved tannoy systems at stations, and equipped station staff with remote microphones (similar to the ones used on the Underground) and iPads to keep up to date with developments. I have also spoken to the Minister, Southeastern and TfL about making a number of specific improvements to their rail app, something that I believe will make it easier for passengers - particularly those who, like us in Bromley and Chislehurst, can take a number of routes home – choose their best option.

At these meetings I was also keen to raise again the problem of connections, especially at Grove Park. I do not underestimate the difficulty train companies face when revising timetables, but this interchange in particular is a real problem during peak times. Southeastern have told me that they will look again at whether the timetabling on this line can be made more convenient for passengers, and in the meantime, will ask drivers to show greater flexibility in holding the shuttle service when main line trains are delayed on their downward journey from London.

Going forward, and if their consultation is successful, TfL have assured me that this is a connection they will look to improve. They have had success in the past re-establishing old lines and interchanges, such as in Hackney, and I hope this can be replicated here.

After successfully lobbying for the installation of a lift at Bromley South station between 2009 and 2011, I am keen, where it is possible, to see our other local stations have step-free access. For spatial and other practical reasons this can sometimes prove difficult, but Southeastern are currently carrying out improvements to a number of stations and will look again at these proposals. As a part of TfL’s plans to take over from Southeastern responsibility for metro services, station improvements will be made, and this is something I discussed with Gareth Powell, the Director of Strategy and Service Development at TfL, on 14 March.

In the interim, Southeastern do have an Assisted Travel Service which can provide alternative, paid for transport for passengers. Further details of this can be found through the link below, and I have asked Southeastern to ensure this service is publicised more widely in the future.

Looking further ahead, I remain very supportive of TfL’s proposals for the metro network, and organised a roundtable event for local MPs, TfL and DfT officials to discuss these plans on 22 February. I also submitted a response to TfL’s consultation, a copy of which is attached at the bottom of the page.

TfL really understand that different services are required for different needs, and through a cross-organisation approach, will be able to deliver this on current Network Rail infrastructure. Unfortunately, it simply won’t be logistically possible for TfL to take over the running of the service until Southeastern’s franchise is due for renewal in 2018, but if you have not done so already, I would encourage you to look through their plans:

I have stressed with both the Rail Minister and TfL that in the future a metro service should stop at Lewisham as frequently as possible, helping those working in the financial services in Canary Wharf. As discussed in my debate in January, changes to the compensation scheme, Delay Repay, are being rolled out later this year, and I will monitor this development closely over the coming months.

Clearly, significant improvements are needed to our rail service, and these cannot wait until 2018. Please be assured that I will continue to make every effort on behalf of local rail users, maintaining an open dialogue with all those involved to ensure the improvements we need materialise.