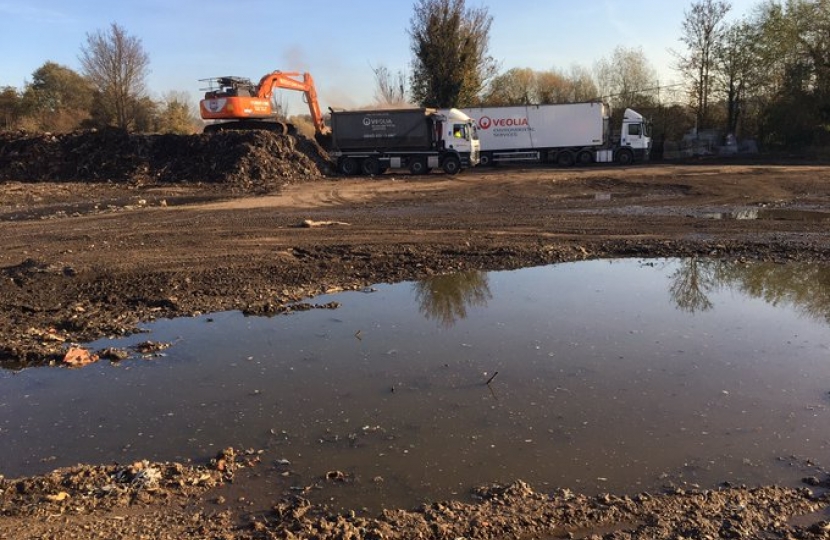 After years of protracted negotiations, I am delighted that the clearance of the Waste 4 Fuel site has finally come to an end. Since removal work began again at the beginning of last month, a further 9,000 tonnes has been cleared – taking the total up to approximately 26,000 tonnes – with the final few loads being removed tomorrow. The rubbish has been taken to a nearby permitted facility where it has been separated into different fractions for onward recovery at waste for energy plants.

This has been a long operation, complicated by a number of difficult legal, funding and technical challenges, but I am pleased the end is now in sight, and importantly, that the site will never be used as a waste tip again. It has taken a coordinated approach between the local MPs, councillors, the Environment Agency and the Department for Environment, Food and Rural Affairs to get this far, and I am grateful for everyone’s efforts to date, including the Environment Secretary, Michael Gove.

I am particularly grateful to the local residents who have had to suffer with what has been a completely unacceptable situation for far too long, as well as Andy Wilson of the CRA20ten Association. I hope residents will understand that the delays in clearing the waste, although incredibly frustrating, have meant we have been able to secure a deal that protects the site in the long-term.

I look forward to working with the Council and local residents as we look through the various ideas that have been proposed for the site’s future, recognising its importance to the adjacent Ruxley Lakes.