The Agriculture Bill and food standards 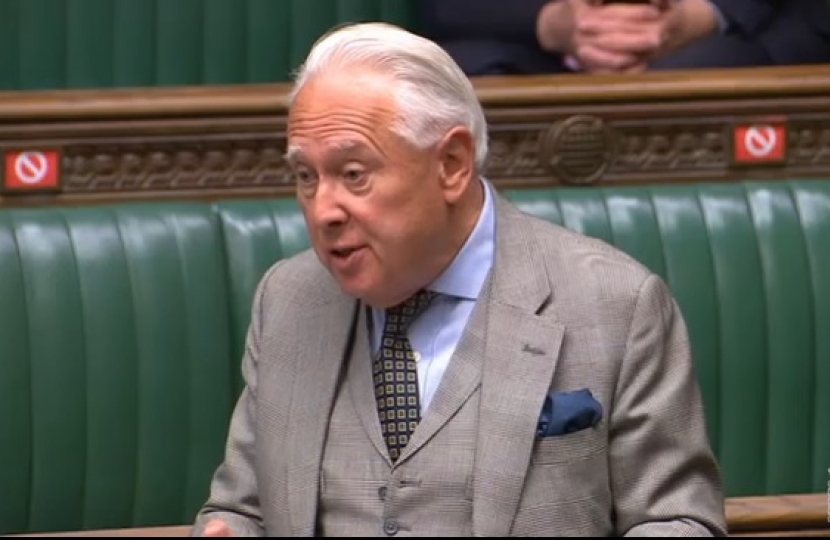 A large number of residents have recently contacted me regarding the Agriculture Bill and the food standards we currently enjoy, which are among the highest in the world. Let me state unequivocally that I want to uphold those standards, something I believe necessary to not only ensure the ethical methods of farming and food production many of us expect, but also to protect the livelihoods of British farmers.

I should make clear from the outset that nothing we have voted on in Parliament lowers food standards. Indeed, I and all my Conservative colleagues stood on a manifesto in December that made a very clear commitment that in all our trade negotiations there would be no compromise in either our environmental protections or our animal welfare and food standards. It is a commitment that I take very seriously, and I was pleased to hear the Environment Minister, Victoria Prentis, publicly reaffirm that promise during the course of the debate that took place on the Agriculture Bill on 13 May.

There has been a particular focus on an amendment, tabled by my colleague and fellow select committee chair, Neil Parish, which would have effectively enshrined that commitment in law, an aim I am supportive of. However, the Agriculture Bill is a piece of legislation that is concerned with domestic affairs – primarily, how we support the agricultural sector post-Brexit once we leave the Common Agricultural Policy (CAP). It has nothing to do with trade, which is why, despite being very sympathetic to the amendment’s motives, I voted against it.

By way of background, the EU Withdrawal Act will transfer all existing EU food safety provisions, including existing import requirements, onto the UK statute book. These import standards include a ban on using artificial growth hormones in domestic and imported products and set out that no products, other than potable water, are approved to decontaminate poultry carcases – the risk of chlorinated chicken I know being a widespread concern. Any changes to existing food safety legislation would require new legislation to be brought before Parliament.

What’s more, food standards, for both domestic production and imports, are overseen by the Food Standards Agency (FSA), an independent body that provides advice to the UK government. At the end of the transition period, the FSA will take over the functions currently carried out by the European Food Safety Authority (EFSA) and the European Commission, ensuring all food imports comply with the UK’s high safety standards.

For those who want to go further, ensuring beyond doubt that these standards are guaranteed in law, it is vital, in the interests of good legislation, that we find the proper legal means of doing so. Simply adding on such protections to the wrong Bill risks creating bad legislation. Instead, I believe other proposals, such as the Trade Bill, would offer a better legislative vehicle to achieve this aim. That is something I and many of my colleagues, from across the House of Commons, are looking at closely.

I trust this clarifies my position on this important issue.