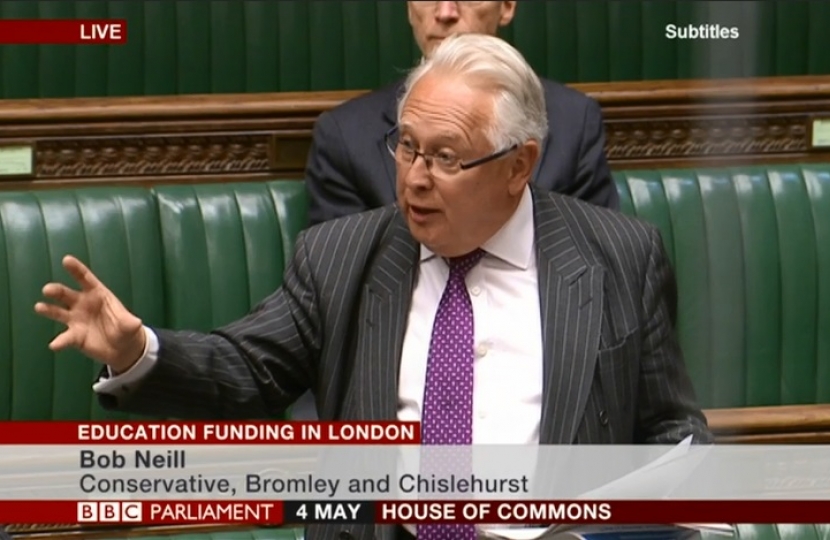 In one of my roles in Westminster I co-Chair the All Party Parliamentary Group (APPG) for London, which since its inception shortly after the General Election last May has been used by MPs from both sides of the House to raise important London based concerns with the Government in a cross-party, non-partisan fashion. Recently, we have carried out a lot of work on the funding problems facing schools in London, holding a meeting with teachers and industry experts on 2 March, and deciding to seek a debate on this issue in the main Chamber. You can find out more about the APPG through the link below:

Schools in London face a number of unique challenges and adequate funding must be available to allow them to overcome these. As it stands, schools in the capital, on the whole, receive a higher allocation under the Dedicated Schools Grant (DSG) – essentially the stream of funding from central government to be used for education – than anywhere else in the UK. This has driven standards considerably, to the extent that pupils in our capital now outperform their peers at every level, with London having the highest percentage of schools rated ‘good’ or ‘outstanding’ in the country.

The DSG is outdated, however. There are serious discrepancies in how it distributes funds, not only across the UK but also within London itself from borough to borough. Taken with its inflexibility on what services the Grant can be used towards – not including, for example, SEND transport, costing boroughs like Bromley an additional £6 million a year – it’s something that certainly needs reforming. As a result, the Government has put forward proposals for a new National Funding Formula for schools from April 2017, and is currently conducting a two-part consultation on the detail of this.

The members that make up the APPG have therefore been keen to ensure London continues to receive a fair settlement, holding a debate on Wednesday 4 May to raise our concerns that any reduction in funding would have serious ramifications on the pupils, parents and teachers we all represent. Further details of this can be found in an article I recently wrote for PoliticsHome:

The debate was well attended and there were strong arguments put forward by both Conservative and Labour MPs. The full transcript of the debate, including my opening speech, is available through the following link:

In the debate, Sam Gyimah, the Minister responsible for childcare and education, offered us firm assurances that those places with higher needs, like London, will receive greater funding, agreeing to meet with the officers of the APPG – Steve Reed, Paul Scully, Catherine West and myself – to discuss our concerns. The debate was a positive step in getting London’s pupils firmly on the Government’s radar, but of course the devil is in the detail and we will continue to closely monitor the progress of this policy as the consultation is taken forward over the coming months.