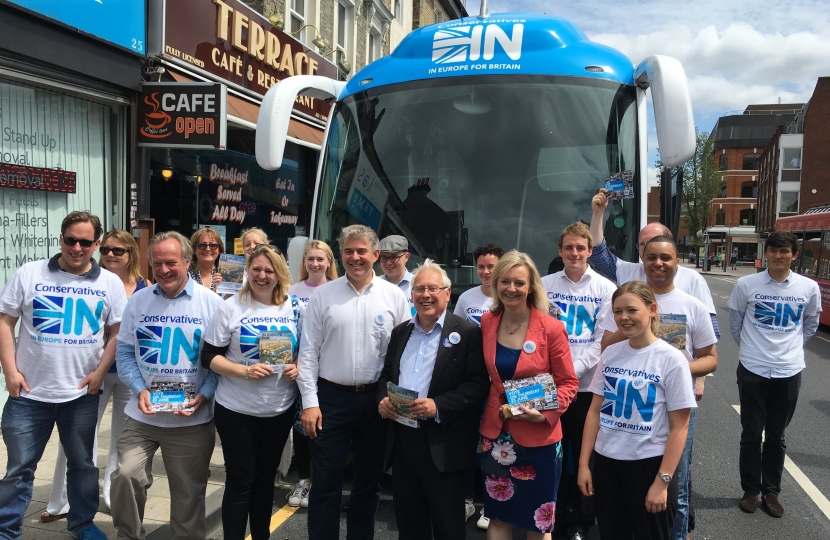 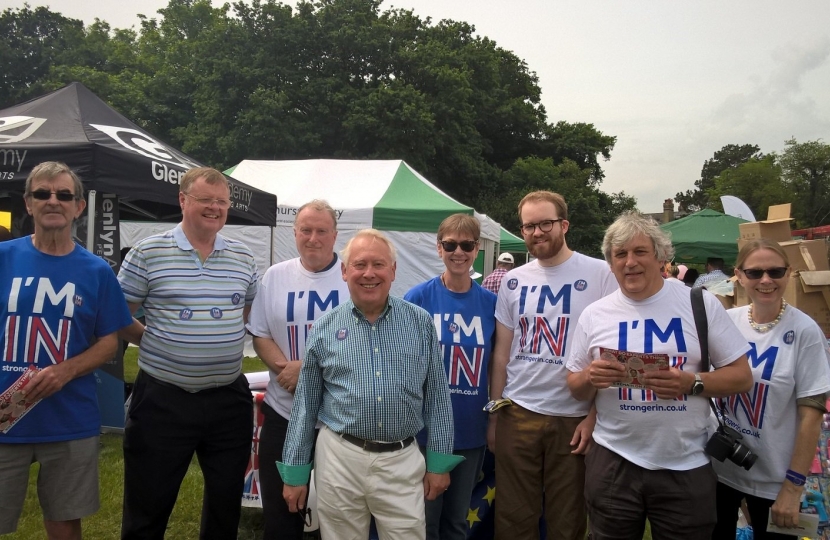 With just over a week until Britain goes to the polls in what is undoubtedly the biggest political decision for a generation, I am receiving an increasing volume of correspondence from local residents seeking my views on the EU and asking how I intend to vote.

I very much appreciate that this is a highly emotive question that raises strong and genuinely held opinions on both sides of the debate, which is why it is so important to have this vote, on something let us not forget the British people have been denied a say on for over 40 years. It is for this reason I brought forward in 2014 a Private Members’ Bill calling for a referendum.

Whatever the outcome of the vote, the decision Britain reaches will have deep and long-lasting consequences for our country, so a sensible but frank, evidence based discussion is needed. I have always been clear that the EU is far from perfect, but I am firmly of the opinion that we are safer, stronger and generally better off in a reformed EU. I also believe it is better to seek change from within the EU rather than from outside it. This is particularly the case when addressing the needs of the financial and professional services, both of which are vital to thousands of jobs in Bromley and Chislehurst. Indeed, 32% of local residents – 13,200 people - are employed in the financial services sector.

Through the Single Market, our businesses are able to freely sell to over 500 million customers, accounting for 44% of all British exports, worth £229 billion. This is something no sensible businessperson would turn their back on, a case I made in the Chamber earlier today:

Of course, we could seek to join the Single Market were we to leave the Union, but be under no illusions, this will not end the EU having an impact on all our lives. If we want to trade with Europe we have to play by its rules, including allowing the free movement of people. The models imposed on Norway and Switzerland, who are not EU member states, has already shown this. Likewise, if we want to trade further afield, including through the World Trade Organisation, we would be subject to new tariffs outside our control. I believe then it is better to be around the table having a say on these matters than outside the EU, affected by its laws but unable to raise our concerns or put forward Britain’s case.

Ultimately, what really matters is our practical ability to influence and have power over the things that affect us. The idea that we have somehow lost our sovereignty to Brussels exposes a concerning naivety of the way the world really works. We pool a small percentage of our sovereignty, true, but only to give us more power at the top table, allowing us to face the global geopolitical challenges confronting us all so much more effectively than by ourselves.

The Prime Minister’s legally binding renegotiation settlement should not be seen as an end in itself, but the start of a new dialogue with the EU leading to further reforms in the future. The ECJ’s ruling yesterday on restricting migrants’ access to child benefits in the UK shows change is possible.

On all fronts, I believe we have an infinitely brighter future in the EU. By contrast, a vote to leave is, effectively, a leap in the dark, something that would set in motion years of protracted negotiations and uncertainty for Britain. Of course we could survive outside the EU, but we would be impoverished for it. I do not want that for myself, my family, or the residents I am proud to represent. That is why next Thursday I will be voting in favour of remaining in the EU.