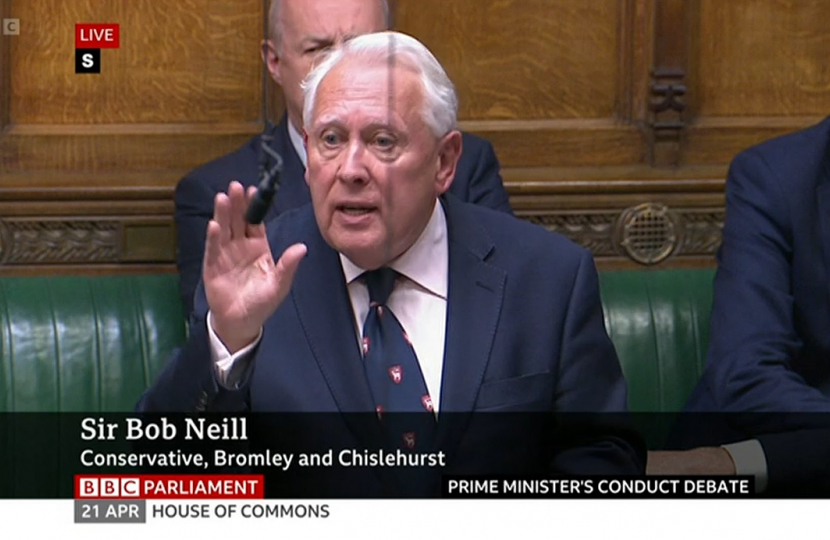 Understandably, a large number of residents have contacted me following the Fixed Penalty Notices that were issued to the Prime Minister and Chancellor on 12th April. This is a very serious matter and I believe it is important, both as your local Member of Parliament, and as a member of the Conservative Party, that I set out candidly my views on what has transpired and the way forward.

Like the overwhelming majority of the public, I followed the rules that were imposed. As with many, that came at a deep personal cost to me and my family. I am profoundly disappointed by what has happened and I know that my constituents feel badly let down too. There are no excuses for the parties that took place, which were utterly wrong, and consequences must follow.

As I have set out repeatedly, including in the previous statements I posted on 8th December, 14th January and 1st February, as well as in numerous interviews for the media and press, there cannot be one rule for those of us elected to Parliament and a different one for everyone else. The law must be adhered to by all of us equally. That it wasn’t is a gross breach of trust that undermines public faith in our political institutions. I should also make clear that I have no sympathy for those seeking to minimise the gravity of the situation. Receiving a Fixed Penalty Notice is not a civil matter, nor, as some have claimed, is it equivalent to being handed a parking ticket. It is a criminal offence.

My approach has been consistent throughout this process and it remains the same now: I will reach my conclusion on the position of the Prime Minister once I have seen the full evidence. After all, what is in question is not just the incidents that are reported, and in some cases, accepted, to have taken place, but the general culture and attitude within Downing Street. That is why it is important that we await not just the conclusion of the police investigations and the potential issuance of any other Fixed Penalty Notices, but also the full Sue Gray report. Indeed, the latter is likely to include material that gives background and context beyond the strict requirements of the statement of facts that go with a Fixed Penalty Notice.

Ultimately, respect for the rule of law means not just adhering to our laws but respecting procedural fairness too. I was a lawyer before I became a politician and I will be a lawyer after I leave Parliament. I recognise that some will feel I am being overly cautious, while others will no doubt claim that I am seeking to deflect or delay. Frankly, as a lawyer, I would prefer to be accused of those things than of acting on inadequate and incomplete evidence without full and proper process. I set out my views further during yesterday’s debate. You can watch my speech in full here:

Had the debate been pushed to a vote, I would have supported the motion. In the end, it wasn’t, and the Prime Minister, and the question as to whether he deliberately misled the House of Commons, will now be investigated by the Privileges Committee.

Integrity matters in politics, as does telling the truth, something that shouldn’t need to be said. I have sought to approach this matter in the way I have always tried to do politics – in a spirit of genuine calmness, based on the facts and the evidence. I take my duties as your Member of Parliament extremely seriously, and I will continue to act with an independent mind to put the interests of Bromley and Chislehurst, and the country, above party loyalties and personal allegiances, something I believe my voting record and speeches in Parliament stand testament to.

Finally, while I had no knowledge or involvement in any of the events being discussed, I would like to reiterate once again my personal apology for the offence and distress that this conduct has caused, particularly to those who have lost loved ones during the course of the pandemic.