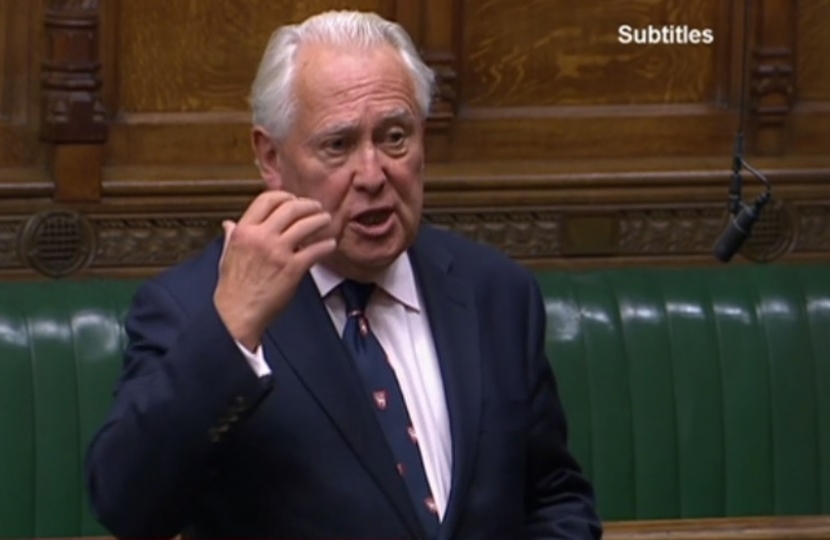 I have received a large number of enquiries since Wednesday’s vote on free school meals. As always, I think it is important to be open and accessible to my constituents and to explain my thinking when votes like this occur.

I should make clear from the outset that this was not, as some have sought to claim, a vote on whether children should go hungry. Of course they shouldn’t and free school meal eligibility has actually been extended to 50,000 more children under the current Government’s welfare reforms to reflect that.

The provision of a healthy meal during the course of the day through the free school meals scheme is something I fully support. It helps children do better at school and is a lifeline for many families around the country. I also believe it was right, given schools had been shut since March and parents had found themselves with the additional, unexpected cost of their children at home, that the scheme was extended throughout the summer holiday. However, with 99.9% of schools now open to all pupils, the situation this Autumn is very different.

Free school meals have been in existence, in one form or another, for over a hundred years (and were expanded massively through the Education Act 1944, brought in by the great One Nation Conservative, Rab Butler). Throughout that time, they have been designed to provide meals during the school term. Outside of that, the welfare system is there to help ease the burden.

Over £200 billion has already been made available throughout this pandemic. In addition to the unprecedented measures taken to protect jobs and support businesses, the Government has also responded directly to the additional pressure on the welfare system through a £9.3 billion boost.

We also extended the Breakfast Club programme during July and August and launched a £9 million Holiday Activities and Food programme to provide disadvantaged children with free healthy meals and enriching activities. Additionally, support is being provided to those children eligible for free school meals who are required to self-isolate.

Many families are, I know, under immense pressure and anyone who keeps up to date with my work in Parliament will have seen that I have been lobbying for more support to be made available. However, I believe that support is best provided by the welfare system rather than the free school meals programme. That doesn’t mean there isn’t a legitimate and necessary debate to be had about what more we can do to prevent children from going hungry, including supporting local authorities to identify those families particularly at risk, but we need to use the most effective means available to deal with the immediate problem.

In reality, people on both sides of the argument probably agree upon the destination, we just have a different view on how best to get there. No one wants children to go hungry and on issues of such importance we must be able to have a calm, grown up discussion about how we do better without calling into question the motives or morality of those who don’t agree with us on the means. It leads to a toxic form of politics and undermines so much consensual good work upon which progress is made.

My record shows that I am not afraid to vote against my Party when I think it is necessary. If I believed extending free school meals was the right way forward, I would have done so. On this, as with every other matter we are asked to vote on, I will continue to approach the issues at stake with an open and independent mind, doing what I believe to be right for my constituents.