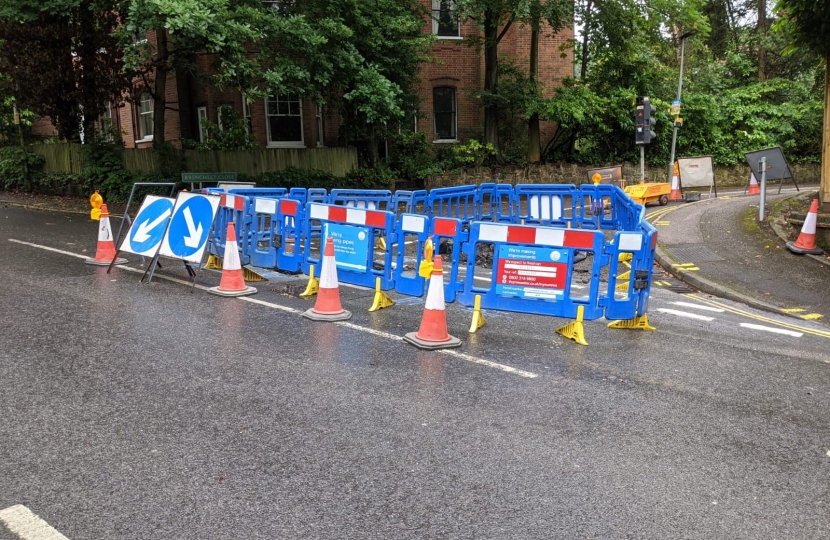 Directly or indirectly, either through a loss of service or as a result of disruption caused by repairs, most of us in Bromley and Chislehurst will have encountered problems with Thames Water at some point. Regrettably, for many, it is far too regular an occurrence, and over a number of years I have frequently taken up cases with its senior management to push for improvements. Following a meeting yesterday with Steve Spencer, Thames Water’s Operations Director, I wanted to update residents on progress.

By way of background, Bromley has around 1,000km of water mains, a very high percentage of which – around 95% - are cast iron. To put that into comparison, in other boroughs across Thames Water’s network typically between 50 and 70% of mains are plastic. Cast iron pipes are more liable to leaks and breakages and in Bromley 80% of our mains are over 40 years old, with some dating back to the 1800s.

Leaks are caused by a number of factors, including changes in water temperature during the course of the year, which cause iron pipes to expand and contract, and fluctuations in water pressure. Stop-start traffic can create load bearing pressure too, which certainly corresponds with some of the problems we see persistently reemerge across the constituency, for example on Elmstead Lane, Summer Hill and Bickley Park Road. As water mains lie below other utilities, like gas pipes and fibre and electricity cabling, when there is a problem it can take a long time to complete the repair as everything else has to be dug up first.

I mention the above to give you some idea of the challenges Thames Water face in Bromley, which I think many of us have sympathy with. These are not, though, an excuse for poor service, particularly in instances where leaks frequently reoccur in the same locations due to substandard workmanship, and Thames Water are under no illusion that they need to improve.

When work does overrun, Bromley Council are able to fine Thames Water for the disruption caused (and if the delay is the fault of the contractor, these costs are passed on, meaning the taxpayer doesn’t lose out). The Council also has an improvement plan in place with Thames Water to ensure things like communication and traffic management are improved when repairs are necessary, and Thames Water are going through a process of quality assurance with their contractors to make sure the work being carried out is of the standard expected. Locally, as well as replacing 1.2km of mains near Petts Wood, upgrade projects are underway at both the Shortlands Water Booster Station and Orpington Water Treatment Works. This will allow Thames Water to ‘calm’ the system and better control the fluctuations in water pressure that frequently cause leaks. Thames Water hope this will have a considerable impact in Bromley.

Given the cost of replacing pipes, and the sheer scale of the work, repairs are generally carried out piecemeal rather than through the wholesale replacement of iron for plastic mains. Longer-term, however, Thames Water are working with the regulator to make the case for more ambitious improvements, and as a part of that both myself and the Council will be feeding in our views on those areas in particular need of replacement.

I am very aware that Thames Water aren’t the only utility company that create significant disruption in Bromley through their work, and I will continue to press them and others to up their standards to improve service delivery for all of us in Bromley and Chislehurst.