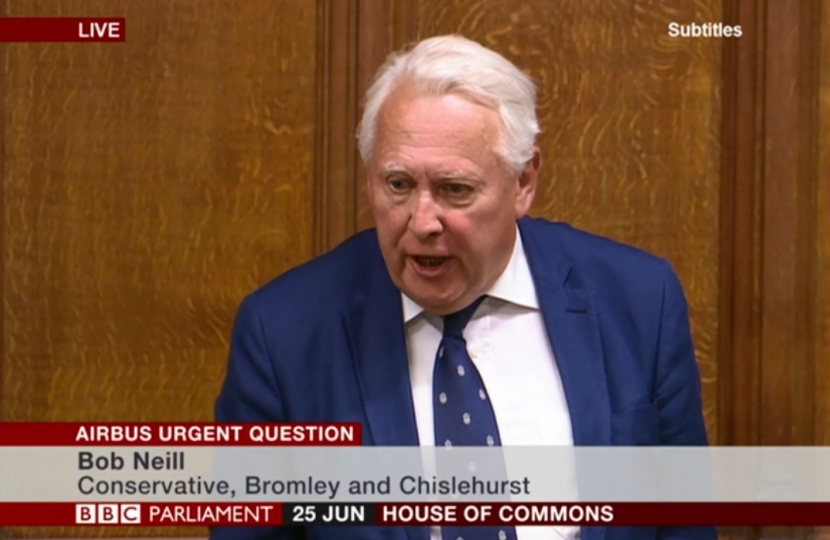 Following my last update on 14 June, I have continued to work constructively with colleagues, whatever their views, both in the Government and on the backbenches, to seek a departure from the EU that prioritises business, prosperity and jobs.

The EU (Withdrawal) Bill returned to the House of Commons on Wednesday 20 June for one last significant vote, which focussed on whether Parliament should have a meaningful vote on the final withdrawal deal. I feel it is absolutely imperative that MPs have this vote, something I have been consistent on throughout. It will allow us to do our jobs in scrutinising the Government’s work on this most important of issues, and in the event of no deal being reached – which many people, from across different industries, believe would be deeply damaging to our economy – vote on whether it is in Britain’s best interests to leave on those terms.

I was prepared to push this matter to a vote, because the principle is so important, but I am pleased to say that by working with the Government we were able to achieve this, and give our full support to the Prime Minister before the European Council, without tying the hands of our negotiators. In my book, irrespective of your views on Brexit, that is a mutually successful outcome. Parliament will vote to approve the final withdrawal arrangements, and MPs will also be able to use every other tool at their disposal to hold the Government to account.

On 26 June the Bill received Royal Assent and was enshrined in law, something I welcome. Indeed, now it is decided that we are leaving the EU, it is vitally important that we do so in an orderly fashion, helping to ensure, as far as we can, legal continuity. This was a technical piece of legislation that concerned procedure, not issue, and by putting it on to the statute book, albeit with the proper checks and balances, we can now begin to transfer EU legislation into UK domestic law, making sure we are ready for our departure.

What form Brexit will actually take will depend, in part, on a few key events over the next few weeks. The Cabinet are meeting at Chequers tomorrow, where ministers will be looking at our options in terms of customs and the Northern Ireland border. Then, on the 16 and 17 July respectively, MPs will be debating the Taxation (Cross-Border) Trade Bill and the Trade Bill, which look at how we implement international trade agreements and regulate customs.

Although I have made no secret of my views on Brexit, unlike others, I do not approach these two fundamentally important questions from any entrenched, pre-conceived standpoint. My sole driver is ensuring, as a country, we are pro-business, and as a Government, absolutely committed to maintaining the Union. Narrow ideological considerations, no matter how strongly felt, cannot be allowed to damage our economy or fragment the UK, nor should the legitimate concerns of businesses be dismissed. The Conservative Party is a unionist and pro-business party or it is nothing.

Ideology never paid anyone’s rent, and what’s more, people did not vote to make themselves or their children poorer. When large businesses, like Airbus and Jaguar Land Rover, express their fears – which are based firmly in the real world, not on some obscure, theoretical stipulations of what Brexit should look like - we must sit up and listen. Businesses, big and small, drive the economy, create jobs, and generate significant tax revenue, all of which helps fund our vital public services. That is why economic prosperity must come first.

I hear, time and again, from businesses of all sizes, that they need the assurance of secure supply chains; unburdensome regulation and paperwork in relation to customs; and in financial services, both clarity and certainty of alignment and regulation. It is these things I will be pushing for over the coming weeks.

We have already been able to secure a number of improvements to our proposed departure by working constructively together. We have helped reinforce the Good Friday Agreement, and reinstated our commitment to it; made sure we can remain members of certain EU agencies that benefit us; protected the rights of genuine refugees; and enshrined important environmental standards. By giving the Prime Minister the room she needs to negotiate, and with a sensible willingness to compromise from both sides, I am confident we can achieve a successful deal. I am determined to do everything I can to make that happen.